The Van Leer Jerusalem Institute
Part of Matanel since 2017

Translation at Maktoob is conducted within a model of negotiation and dialogical struggle, in joint Jewish-Arab teams. Negotiations are conducted orally and in writing, with the understanding that translation is not a substitute for the original and does not pretend to be the source. Sometimes there are several versions that indicate multiplicity (as opposed to unity), and other times there are a number of hybridized versions, like clones in biology, when disagreements and agreements are documented in a translation protocol. This model is not harmonized; it raises performance difficulties, raises objections from within and from without, and increases the cost of translations, but its purpose and ambition (even in the version of approximation only) is to try to return the translation to its “natural” place so as
to enable dialogue and communication between cultures and languages that are not foreign to each other and are crying out for dialogue.

So far, 12 books were published in Maktoob:

Walking on Winds: A trilogy by Palestinian author Salman Natour published in 2017.

Entanglements of Secrets: A novel by Lebanese author Elias Khoury published in 2017.

I Own Nothing Save My Dreams: An Anthology of Ezidi Poetry in the Wake of a Genocide, 2014–2016.This anthology includes poems written in the wake of the catastrophe that befell the Ezidi community in Iraq in August 2014, when its members were uprooted following the massacre and the brutal war raging in their region.

The Children Laugh: a children’s book by Syrian author Zakaria Tamer published at the end of 2017. It is a short story about a tyrannical king and children who disobey him. It is a sophisticated and moving universal allegory about the power of children, about freedom and oppression, and about nature and humanity’s place in it. This is the first Syrian children’s story to be published in a Hebrew-Arabic bilingual edition.

Children of the Ghetto – My Name is Adam: A novel by Lebanese author Elias Khoury published in 2018.

Time of White Hourses: A novel by the Palestinian-Jordanian author Ibrahim Nasrallah. A family saga spanning three generations, woven into a historical epos with many turns, from the end of the nineteenth century to the end of the British Mandate.

Year of the Locust: A Soldierʼs Diary and the Erasure of Palestineʼs Ottoman Past: Ihsan Turjman, a young man with a high-school education, is conscripted into the Ottoman army as a clerk. Influenced by his esteemed teacher, Khalil Sakakini, he decides to keep a diary in which he writes about his loves and hates, the military regime’s conduct, the rumors spread in the city.

The Bridges of Constantine: A novel by Algerian novelist and poet Ahlam Mosteghanemi. KAhlam Mosteghanemi is the first Algerian woman writer to publish a novel in Arabic after the liberation from French colonialism.

12 books were published so far with the generous support of Matanel/Emid. We included the names of the books in the description above. We are the only book series in the world that is dedicated to the translation of Arabic literature to Hebrew, and we are not proud of the products only (12 books, dozens of literary events, publication in leading intellectual and academic journals) but also on our unique model. We are promoting a Jewish-Arab model that wishes to see culture and joint work as a solution to promote equality as well a shared vision for sovereignty.

PROJECT CAN BE EXPANDED

We are continuing with the project, and were happy to learn that Yediot Aharonoth publishing house offered us to be in charge of our series.

FOUNDER OF THE PROJECT OR ITS MANAGER 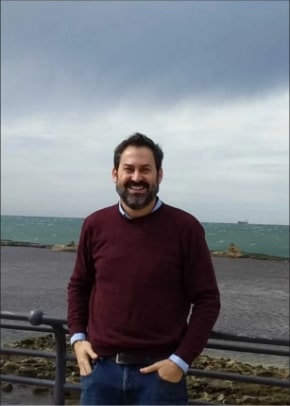 Dr. Yonatan Mendel is a senior lecturer at the Department of Middle East Studies at Ben Gurion University of the Negev. He completed his doctoral studies in the Department of Middle Eastern Studies at Cambridge University. His research focuses on the history, status and teaching of the Arabic language in the Jewish community from the British Mandate period (1920–1948) and from 1948 onward. He examines. His research area is the sociology of language, specifically, the influences of political conflict on the study of, and attitude towards, a language and the way in which research on language contributes to understanding deep social and political processes. Mendel dedicates much of his time to projects that aim to improve the status of Arabic among the Jewish community, in a civil and integrative way. As such. in January 2015, Dr. Mendel was appointed to head a new center at the institute – Manarat: The Van Leer Center for Jewish-Arab Relations; he served in this position until 2018.

The Maktoob project was initiated by a group of Jewish and Arab scholars, among them Dr. Mendel, with the aim to cast a spotlight on the vitality of Arabic literature by translating selected poetry and prose into Hebrew. This project, the only one of its kind in Israel today, and in a matter of fact in the whole world, is based on the translation of works from Arabic literature and culture and making them accessible to the Hebrew reader.

The project seeks to cast a spotlight on life in this region from a human point of view, as well as delineating a different social-political reality, by overcoming the language barrier and the weakening and disappearing of relations between Jews and Arabs in the region. This is as a response to the grim Israeli reality in which less than 2% of the Jews in Israel know enough Arabic to read Arabic literature. This is a particularly unfortunate situation considering that Arabic is the mother tongue of about one fifth of Israel’s citizens (the Palestinian citizens), and the heritage language of a large portion of its Jewish citizens. Furthermore, Israel is situated in the heart of the Middle East, whose lingua franca is Arabic – the language of the culture and society of a living region with 350 million people.

We in Maktoob believe that facilitating the translation of works from Arabic culture and literature into the Hebrew language might build even the smallest challenge of communication over the gulf that has opened and continues to widen between Israel and its neighbors in the Arab world, and over the hatred and alienation that fill it. We believe that in spite of the difficulties it is vitally important to promote such translation and provide space for hearing the human, living, angry and loving Arab voice – in Hebrew. So far, in three years of work we have published 12 books – written by authors of Iraqi, Syrian, Lebanese, Palestinian, Algerian, Egyptian origin – and all of them following the approval of the authors.

https://www.vanleer.org.il/
All The Projects
The Next Project